Carbon Dioxide is available naturally in the ground or is generally produced as a byproduct of a burning (combustion) or chemical process. The sources of carbon dioxide are either by direct manufacture in dedicated plants or by recovery and purification of pre-existing impure gas streams:

• By combustion of hydrocarbons (natural gas, LPG, kerosene, heavy fuel oil, etc.) in a purpose built industrial plant. This is the usual method when natural deposits or by-product CO2 is unavailable.

• By recovery and purification of naturally occurring deposits. Wells are drilled to tap the underground source, which can produce at a good pressure over many years. This can be the most economic source where the well is located close to major consumption centre (the market value of the product cannot support long distribution chains). Unfortunately such wells are few in number as they are only present in unusual and, often remote geological formations.

• As a by-product of the steam reforming process (a reaction between steam and a hydrocarbon such as methane or methanol, etc.) which is usually employed for producing hydrogen in large quantities as described in the next section. The by-product CO2 can be cheaper than from dedicated combustion plants as hydrogen or carbon monoxide are the high value products.

• As a by-product of fermentation processes, especially beer production. This can be a large source of CO2 but care must be taken to remove any traces of smell, which may taint food products.

• As a waste stream from sugar cane processing (molasses production). It is difficult to remove the smelly trace compounds to make it of food grade so this source is not much favoured.

• As a by -product of chemical synthesis such as ammonia or ethylene oxide production. This can be a large, cost effective source of CO2 and is a common production source in many countries.

The gas is stored in liquid from following the liquefaction process.

Hydrogen is used in many chemical reactions and processes (see Section 5.0). Some of these uses in refineries (hydrogen de-sulphurisation) require large quantities (greater than 1 000 nm3/hr.) of hydrogen.

Hydrogen can actually be sourced from within refineries or chemical plants as it is produced as a by-product of splitting organic chemicals or polymers. However, hydrogen can be produced by on-purpose splitting of chemicals or gases e.g. steam reforming or partial oxidation of hydrocarbons. Other methods are only suitable for small-scale production.

Steam reforming is the most universally used method for large hydrogen plants. It is a catalytic reaction that converts steam and lighter hydrocarbons, natural gas, LPG or refinery off-gas, into hydrogen and carbon monoxide (syngas). The syngas is “shifted” in a further reaction to give more hydrogen and carbon dioxide:

• Methanol can be used in a variation of the process which does not require the shift reactor and high temperatures if hydrocarbons are unavailable:

• The first process requires rather expensive metallurgy due to high pressure and high temperature. The viability of the methanol reformer, which is simpler in design, depends crucially on the price of methanol. Both are well-established technologies for large plants (they do not scale down well).

In partial oxidation, hydrocarbon feed-stock reacts (over a catalyst) with oxygen and steam at a high temperature to produce syngas which has a higher carbon monoxide to hydrogen ratio than that produced by steam reformers making it an ideal source for synthesis of various chemicals.

In methanol cracking, methanol vapour is heated in a catalytic bed to produce syngas with little moisture and CO2 (useful for heat treating metal):

• However, there is a danger of producing soot (especially if temperatures are too low):
CH3OH = C(soot) + H2O + H2

• The overall cost depends heavily on the methanol price, and together with the soot problem, this means it has not been widely adopted.

Ammonia dissociation takes place at high temperatures in a furnace in the presence of a nickel catalyst:

This is a well-established technology for small-scale plants and preferred for applications requiring hydrogen-nitrogen mixtures.

Endo generators are well established in the heat treating industry. The hydrocarbon feed is mixed with air and passed over a heated nickel catalyst bed. The amount of air (i.e. oxygen) is regulated to prevent the formation of CO2 or H2O:

Electrolysis of water is probably the most widely used technology for small-scale production and oxygen is also produced at 99.7% purity. DC power is supplied to a bank of cells containing caustic potash electrolyte. It is not suitable where power costs are very high.

Helium is a gas which is contained in natural gas wells in the ground. The percentage of Helium present in the natural gas varies from negligible to 12%.
Helium is therefore usually obtained as a by-product of natural gas recovery and liquefaction from natural gas wells.
There is a significant recovery of natural gas, and in part of the purification process the helium containment becomes enriched and as a result is more viable to recover.
The wells with higher percentage presence of helium are limited (e.g. USA, Poland, and Russia). However, the vast recovery and liquefaction plants in the Middle East (Algeria and Qatar) means that while the helium contained is at low levels; the liquefaction process makes a recovery viable and economical.

Helium is gained from either nitrogen rejection processes (to get the calorific value of the gas higher) or from the purge gas stream from liquefaction and separation of NGLs. Nevertheless, it is more economical to recover the helium from these sources and ship it around the globe than attempt to separate it from the air where it is only present in minute amounts.

Acetylene is one of the oldest industrial gases used for lighting (now obsolete) and oxy-acetylene cutting and welding. It is manufactured commercially by immersing calcium dicarbide (calcium carbide) in water, lime being a by-product.

The acetylene gas is pumped into a gas holder before being filled into cylinders. Although acetylene can be liquefied at ordinary temperatures under high pressure, this is not practised as the liquid is violently explosive. Instead, the cylinders contain a porous mass steeped in acetone in which the acetylene gas dissolves under pressure.

Nitrous oxide is manufactured almost universally by thermal decomposition of ammonium nitrate at around 250OC, the overall process is represented by:

Following purification, the gas is usually held in a gas holder before filling into cylinders where it remains as liquid under its vapour pressure at ambient temperature.

Gas mixtures are prepared using mixing various gases, under safe and controlled conditions. Mixing panels, together with either volumetric or gravimetric measuring systems are used by companies to determine the right gas mixture combination and specifications. For classification of gases, particularly related to speciality gases, quality checks use gas chromatography for certification.
The most widely used mixtures are for medical purposes or welding and cutting processes.

Hydrogen and carbon monoxide (syngas) mixtures are produced in any ratio from pure carbon monoxide to nearly pure hydrogen. Typically syngas ratios range from 1:1 to 2.1: 1 for a range of hydrocarbon products.

Steam reforming is the most universally used method for large syngas plants. It is a catalytic reaction that converts steam and lighter hydrocarbons, natural gas, LPG or refinery off-gas, into hydrogen and carbon monoxide. The syngas is “shifted” if necessary in a further reaction to give more hydrogen and carbon dioxide:
CH4 + H2O = CO +3H2 ;
CO +H2O = CO2 + H2

This plant typically produces  Syngas but by the use of suitable catalysts and with some CO2 recycle can produce nearer 1:1.

With the advent of biomass and assorted waste products, gasifiers are enjoying the resurgence, mainly since CO2 capture is less costly from gasifiers than from a combustion process.

In partial oxidation, hydrocarbon feed-stock reacts (over a catalyst) with oxygen and steam at a high temperature to produce syngas which has a higher carbon monoxide to hydrogen ratio than that produced by steam reformers making it an ideal source for the synthesis of various chemicals.

The production of carbon monoxide from synthesis gas is relatively straightforward if the specification for the CO is not too severe and the feedstock does not contain significant quantities of nitrogen.

CO with about 97% purity can be produced from syngas using cryogenic condensation where the gas is cooled in heat exchangers until the CO condenses, but the hydrogen stays as a gas.

The two phases are separated and warmed up in the same heat exchangers that were used to cool the mixture. Thus little refrigeration is required and the whole plant “bootstraps” itself cold.
When higher CO purity is required or when significant amounts of nitrogen are present a problem arises because Nitrogen and CO are virtually identical in their physical properties and difficult to separate.

The separation can be achieved in a much more complicated cryogenic process which uses liquid methane as a scrubbing agent and involves several cryogenic distillations trains. While this can produce very high purity CO it adds significantly to the capital and operating costs of the plant. 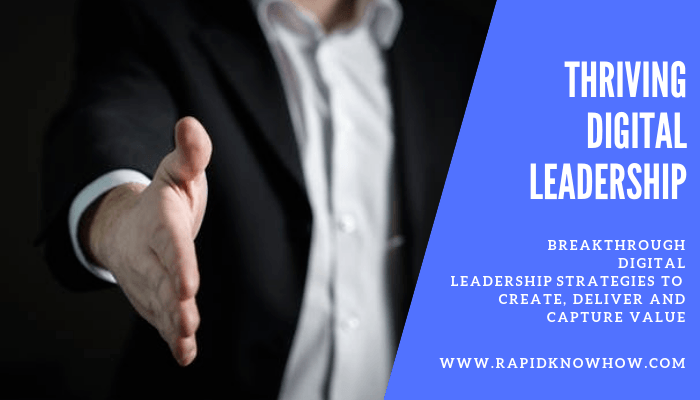