The cryogenic process is very power intensive, and so over the past 50 years, companies have developed a lower power consuming process to separate air. There are two forms of commercially available non-cryogenic air separation technologies which have been developed over the last 30 years and which now provide cost-effective solutions under certain limited circumstances

Pressure swing adsorption (PSA), or VSA (where the vacuum is employed) utilise the differential adsorption rate of oxygen and nitrogen by a molecular sieve material (carbon for nitrogen, zeolite for oxygen). They can be used to economically produce oxygen or nitrogen (but not both together) of lower purity (circa 93-98%) in gaseous form only for quantities up to about 100 tpd.

A PSA or VSA unit consists of two or more low-pressure vessels to hold the molecular sieve, interconnecting pipe-work and switching valves operated by a programmable solid-state controller and an air blower/compressor for the air feed. (VSA also includes a vacuum pump).
The vessels holding the sieve are pressurised and de-pressurised according to pre-set cycles.
There can also be a buffer storage vessel for the oxygen or nitrogen produced, which is usually at a few atmospheres pressure. Higher purity is gained at the expense of throughput.

Figure 1 shows a basic layout of a PSA system (Oxygen) 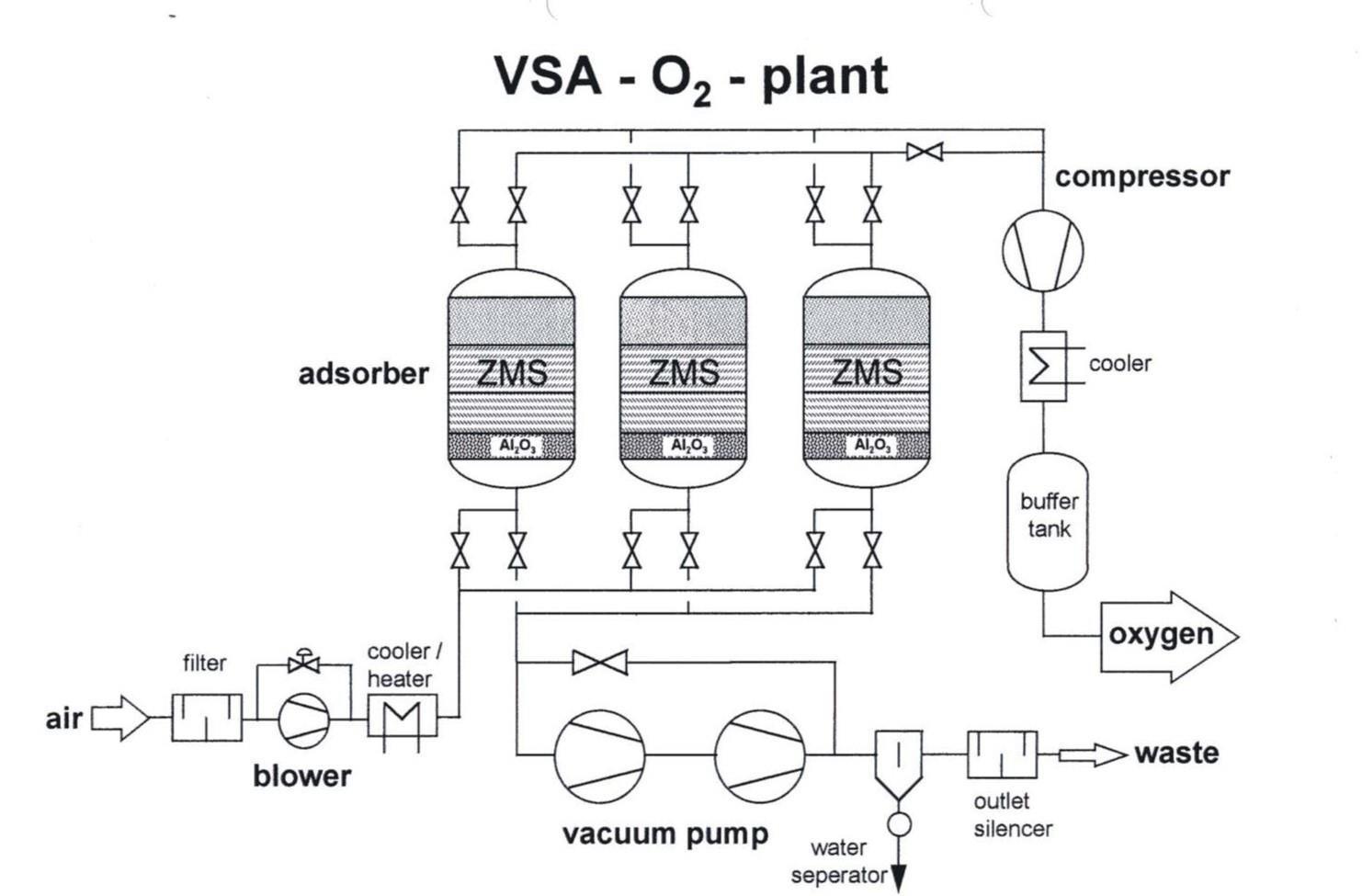 Membrane methods, which pass the air through thin hollow polymer fibres whose walls act as semipermeable membranes and allow the oxygen to permeate through.
They can be used to produce (circa 95-99% purity) nitrogen in gaseous form in small quantities (but many units can be connected in parallel).

A membrane “unit” usually consists of a number of modules holding the membrane fibres connected to a low-pressure air blower which operates continuously rather than cycling as in PSA/VSA.

It is even simpler to operate than a nitrogen PSA unit but of somewhat lower purity output.

These non-cryogenic technologies are much simpler to operate than the cryogenic ASU method. Regarding power consumption per unit of output (specific power), they can be competitive with smaller ASUs for lower purity gas.

However, they do not exhibit the same economies of scale as ASUs since the major cost components are the sieve or membrane, the amount of which is directly proportional to the plant capacity.

Consequently, they are currently confined to smaller supply situations or particular situations such as sea-going or offshore installations.

Figure 2 presents a schematic of a membrane unit 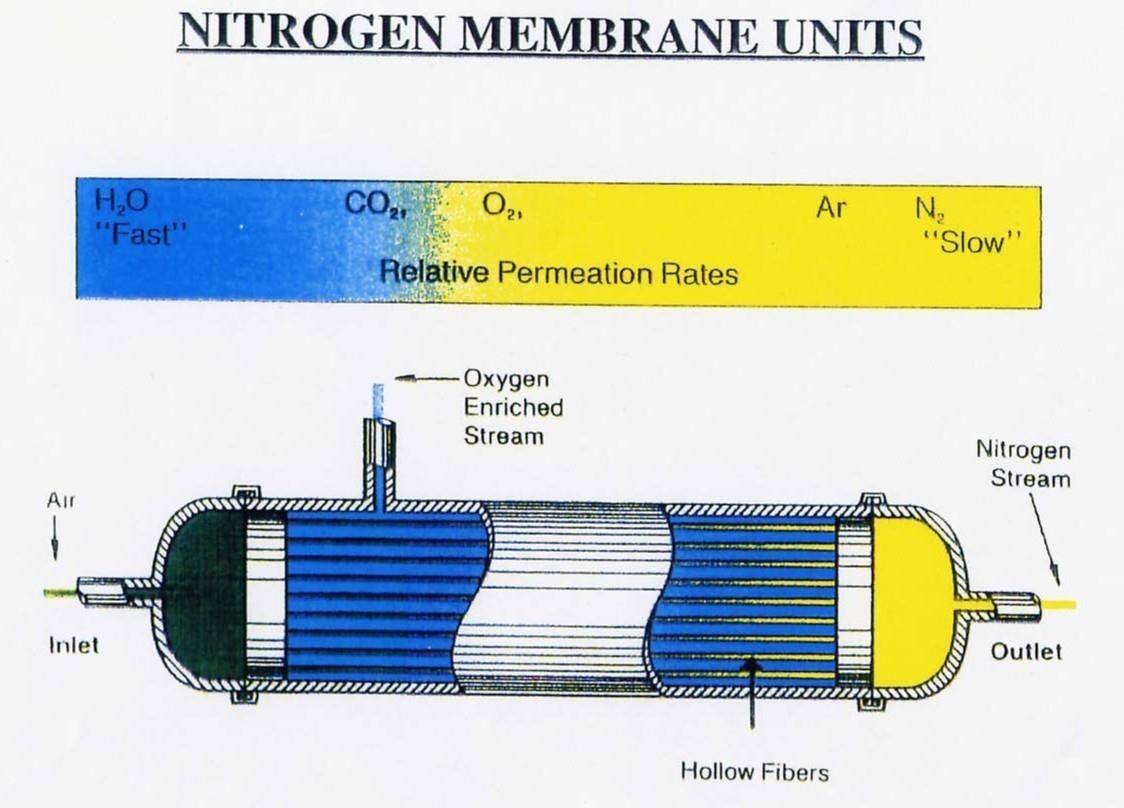 In practice, the impact of these alternative technologies on the business of the industrial gas companies has been wholly favourable.

The reason is that most users want a reliable supply of gas and therefore need assured backup supplies, usually of liquid nitrogen or oxygen that can be vaporised to maintain supply when the production plant fails.

There are enough potential suppliers of such technology, that any industrial gas
company can access it and use it when required. The position for oxygen noncryogenic production is similar, with a further limitation that it is only competitive at purities below about 93% oxygen. 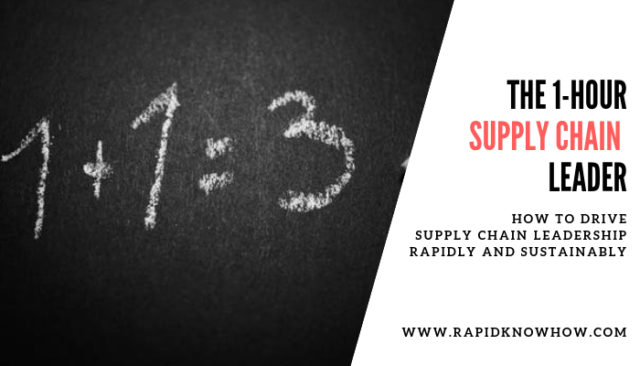 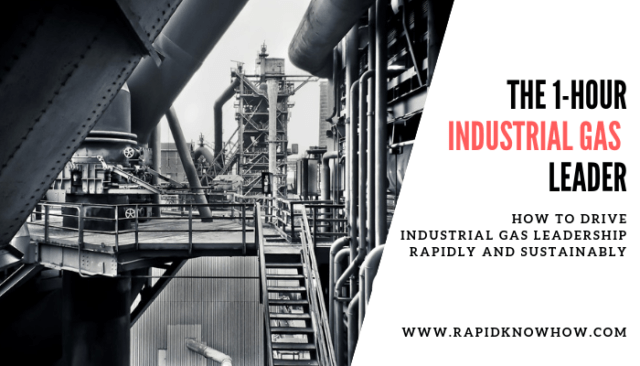