In principle, the “gases” can be distributed in gaseous, liquid or solid forms.  In practice, the only one to be sold in solid from is carbon oxide when it is referred to as “dry ice”. In general the gases are delivered in one or more of three ways:

The proportion of sales in these categories in any national market depends upon the stage of economic development of the country. In under-developed economies packaged compressed gases for small scale industries can represent the largest sector, whereas highly developed economies which have large process industries will have substantial demand for pipeline and liquid supplies.

However, as labour costs are less but capital costs higher in underdeveloped countries, the price differential between the supply modes tend to be somewhat less. (This also limits the growth of bulk and on-site volumes.) 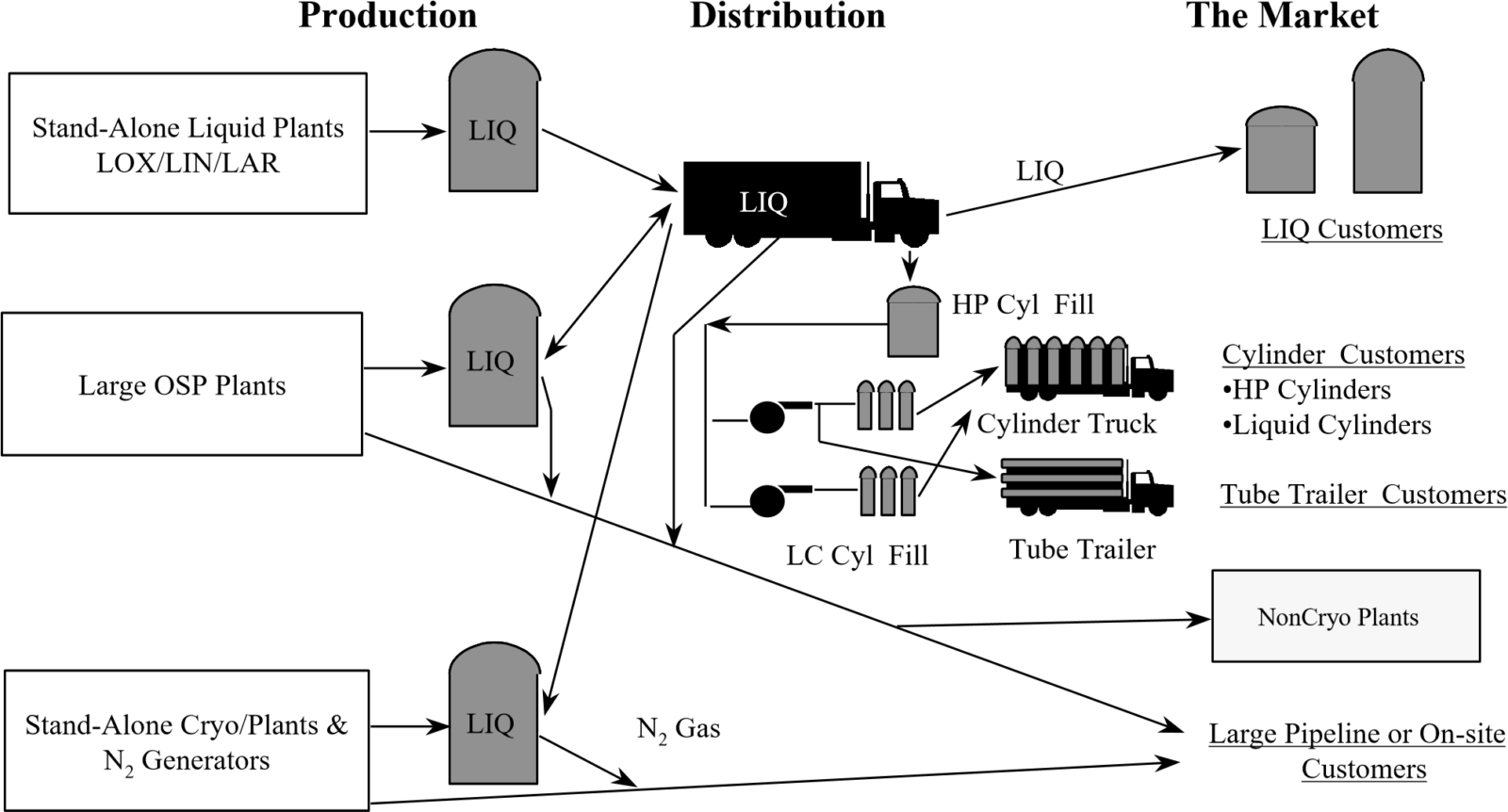 On-site/pipeline (OSP) supplies are the preferred (and least cost solution) where some or all of the following conditions exist for the major air gases, carbon dioxide and hydrogen:

OSP refers two type modes of supply of gaseous product.  The first being supplied from a pipeline network connected to centrally located ASU(s), hydrogen or carbon dioxide production plants which can supply a cluster of customers from the same plant. By producing large (sometimes called tonnage) volumes in the gaseous state, production costs (especially power) are minimised since the costs of liquefaction can be somewhat reduced or avoided and pipeline distribution costs (product compression power and pipeline capital cost amortised over several years) are normally lower than liquid distribution costs.

The second mode or terminology is called on-site supply, in which the gas production plant is either located on the customer’s site or on the “other side of the fence” (immediately outside the customer’s boundary).

However if the consumer owns and operates his own plant it is an in-house or captive supply in which the gas company has no interest apart from the possible plant sale or management agreement.

Pipeline supplies are often “backed up” by reserves of liquid gas which can be vaporised and fed into the pipeline should there be a peak in demand or production plant shut-down.

In the case of air gases, on-site supplies, particularly those that do not require liquid back-up, can be from non-cryogenic as well as cryogenic plant, if the purity and scale of plant is appropriate.

A large, centrally located gas company’s ASU can provide a least cost solution for pipeline customers if (as is usual) the gas company can utilise most of the co-produced oxygen, nitrogen and argon for a number of customers, (liquid and compressed as well as pipeline) along with benefiting from economies of scale.

This is the economic rationale on which “tonnage” supply schemes (long-term pipeline supply contracts between the gas company and pipeline customer) have developed.

The major (Tier 1) industrial gas companies are also developing the “utility islands” concept whereby they supply steam and power alongside the traditional gases to a cluster of customers.

ASU plants producing liquid were developed in the 1950’s which allowed the cryogenic properties of nitrogen to be exploited. They also provided a means of converting larger packaged gases customers to a lower cost solution. Such customers may not have sufficient volume or the steady demand pattern required for an OSP supply but their demand is large enough for the capital costs of liquid storage tanks to be more than offset by the lower production and distribution costs of bulk supplies. Alternatively, they may need to use the cold properties of the liquid.

The basic concept is that the liquid gas is transferred from a holding storage tank at the gas company’s production site, into a double skinned tanker, usually able to take between 10 and 20 metric tons of products.  The liquid is maintained by the insulated tank which operates at between 2 –15 bar pressure, depending on the gas.

The delivery tanker (usually road but can be rail) transports the liquid gas to the customer’s site from where the liquid gas is transferred to a storage tank via pressure fill or cryogenic pump.

There are examples of bulk delivery in a tube trailer, which consists of “horizontal” high-pressure cylinders or tubes, which are charges with gas to much higher pressures.  This mode of transport is favoured if the end use is in high pressure gas.

“Packaged” gas, mostly in the form of cylinder gases, was the traditional way of selling industrial and medical gases in small volumes. In terms of supply volumes it is at the opposite end of the spectrum to pipeline supplies and is still the most cost effective supply mode where customers have small demands.

Typically, gas cylinders are made of steel (or possibly aluminium) and weigh about 50 kgs empty.  The water volume content is usually between 40 and 50 litres capacity.  Depending on the type of cylinder and age, cylinders can be charged with gas to between 150 bar and 300 bar pressure.  It is common to find pressures at between 150 and 175 bar in developing countries where the cylinders are not as good quality or to “western” specification.  Higher average ambient temperatures also play a factor in the charging pressures.

In Western Europe, there is a trend towards using cylinders which can be charged up to 300 bar pressure.  This makes a difference of a gas content ranging between 6.5 cubic metres to over 10 cubic metres.

Gas companies also have developed concepts of packing or bundling cylinders together (in a steel frame and manifolded in order to transport a greater number of cylinders to a slightly higher consumer of gases.

Another option is the use of liquid cylinders which are vacuum insulated tanks (mini) made of stainless steel and contain liquid gases under pressure (5-15 bars).  This is an effective from of supply as a liquid cylinder can contain as much as 15 – 18 HP cylinders worth of gas.

Hydrogen is usually supplied as compressed gas either in normal cylinders (singly or in cylinder “bundles” which can be on dedicated trailers) as liquefaction costs are very high. (One exception is the space industry where rocket fuel must be held in liquid from). 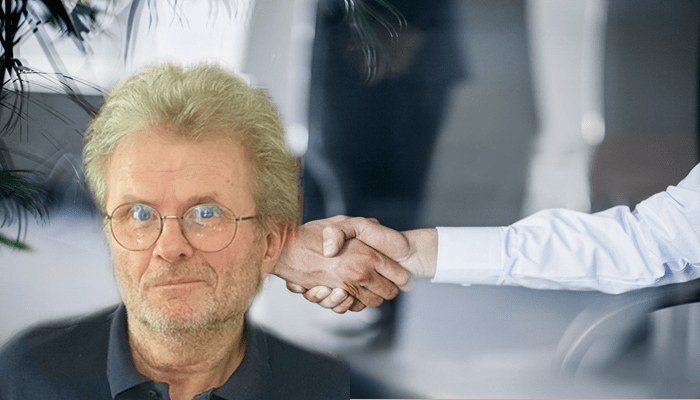